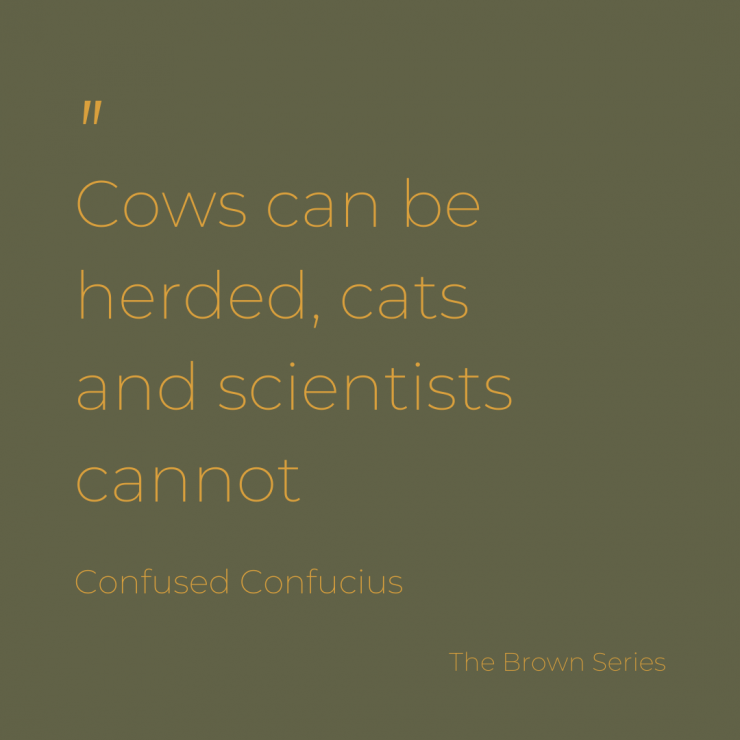 A cow will follow a leader but a cat has never done this except perhaps their mothers whilst there was a free feed to be had and before an arrogance that built powerful feelings of superiority kicked in, just a tad before their curiosity flowered.

Scientists are also known as carriers of the powerful forces of arrogance and curiosity. It makes them as unruly as all buggeries.

However, these traits are not why they fail to form herds, for that we must thank their innate inability to agree with anyone other than themselves.

Not everyone has green fingers

The smell of heaven and the gentle touch of the smoke through the food, oh my.

Slow eating is a great way to settle the mind