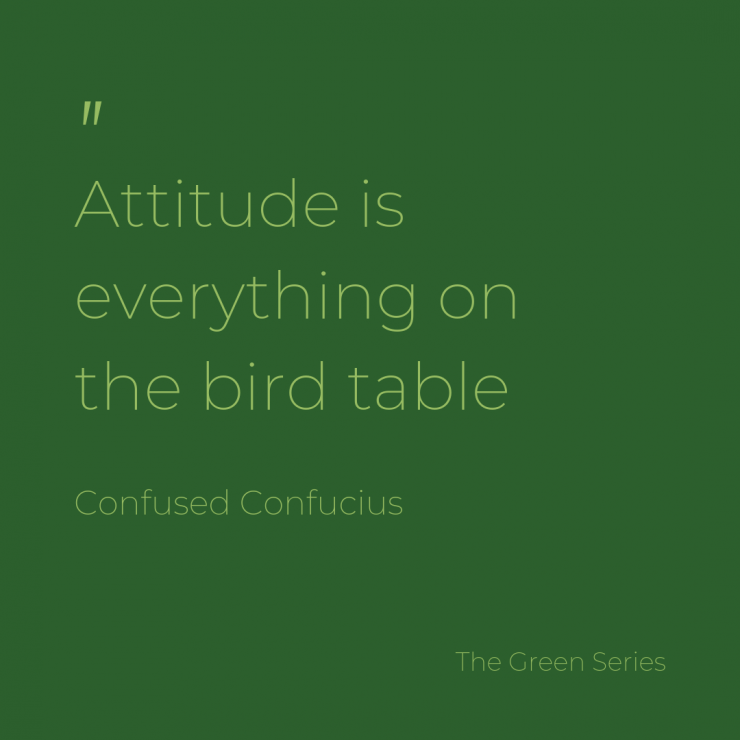 On the suburban Sydney bird table there is a very clear pecking order.

Rainbow Lorikeets boss everyone, even the huge and more numerous Sulfur-crested Cockatoos who are big enough to keep the King Parrots at bay who in turn leave the eastern rosellas with meagre pickings.

These days the Brown Cuckoo-Dove can’t even make it to the table hounded out of the garden by the Noisy Miners who are ruthless cooperative breeders bent on global domination of their own but they don’t need the seeds.

Then when a flock of whatever species manages to sneak in in spite of the order then there is an almighty barney among themselves, interspecies competition taken out intraspecifically.

There is greatness in a pose

Where to get understanding

Smoke in your eye