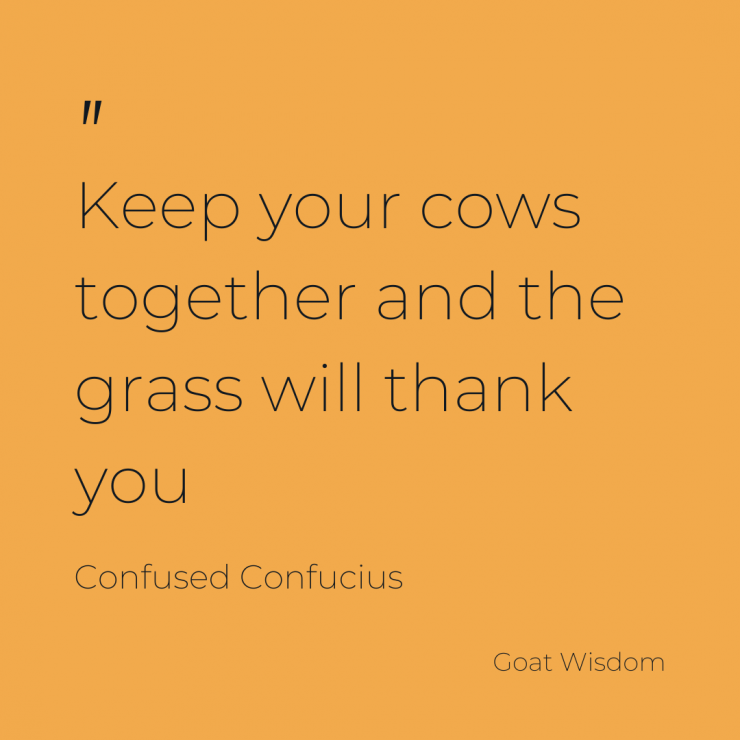 When you go to Africa, and you should, although if everyone went it would be chaos and very bad for the goats… anyway, if you go to Africa and find a buffalo wild in the bush, unless it is a cranky old male banished from the breeding her by an upstart, it will not be alone.

Buffalo are herd animals. They like being together, sometimes thousands of them in the same group.

Clearly, if they decide to stick around in the same place such vast numbers would pick the grass clean in an instant. So not only are they herd animals but they also move.

They meander along all the time shadowed by prides of lion and associated scavengers a little to the side and the rear.

This is observable even today in places like the Okavango delta in Botswana and by anyone with half an eye.

One time Rhodesian army tracker, Alan Savory, who spent many an hour following wildlife and insurgents took this observation a step further and thought about what effect this behaviour has on the grass.

Turns out that this mass of herbivory is a hoover that passes over the sward eating plants to the quick but also roughing up the surface and depositing dung and urine as they pass.

But then, and here’s the interesting bit, they do not pass the same sward again for many weeks, months even. This gives the grass time to rest, recover and channel nutrient and biomass into roots.

Contrast this with what happens on a cattle ranch.

Mmmm… grazing all the time, a little and often.

Alan explains what this means far more eloquently in his Ted talk on how to green the world’s deserts.

The nature of things

All you need is a few twigs